For Nicole Curtis, life before receiving her cancer diagnosis was nothing spectacular or special.

She lived a typical life filling her days as she believes most Americans do, laying on the couch watching TV, paying off a mortgage and attending children’s school events. “I didn’t realize it at the time, but, looking back, I was very lazy. I did not have much ambition or drive,” Curtis said. “I was just living day-to-day and trying to get through another week.”

In the daily hustle of life, cancer was a word that never came to mind for Nicole. In fact, Curtis expressed that she was so busy just living life that she never considered everything could change in an instant. “I only thought of cancer as something that happened to someone else – not to me,” she said.

When Nicole discovered the lump, she waited a couple of weeks before seeing a doctor about it, sharing that at only 31 years old she couldn’t fathom it could actually be breast cancer. “I didn’t want to think that it could be anything serious. I went to my regular check-ups, and this lump didn’t seem to be like anything I had been told to look for during self-exams,” Curtis said.

But over the next month the lump grew, and as it grew so did Nicole’s anxiety, leading her to make an appointment for a mammogram and ultrasound. Those results would change her life.

When the doctor came in to deliver the news, Nicole sensed the news was not good, and her intuition was unfortunately right. “He told me the lump was very concerning and that it needed to be biopsied,” Curtis said.

Completely in shock at this news, Nicole said she was devoid of emotion during her appointment, but that as soon as she got back to her car, she sat in the parking lot and cried thinking to her herself that she couldn’t die; she had kids to raise.

A week after that life-changing appointment, Nicole had the lump biopsied by Dr. Priscilla Strom, a general surgeon and breast specialist at Longstreet Clinic. The biopsy confirmed the diagnosis – Nicole had an aggressive form of breast cancer. 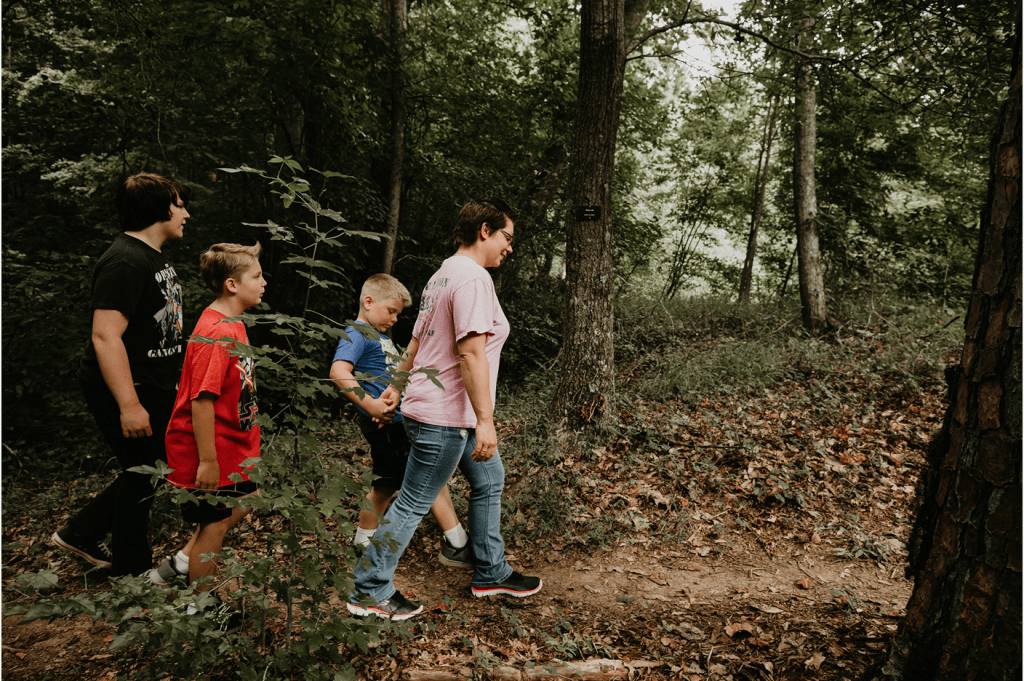 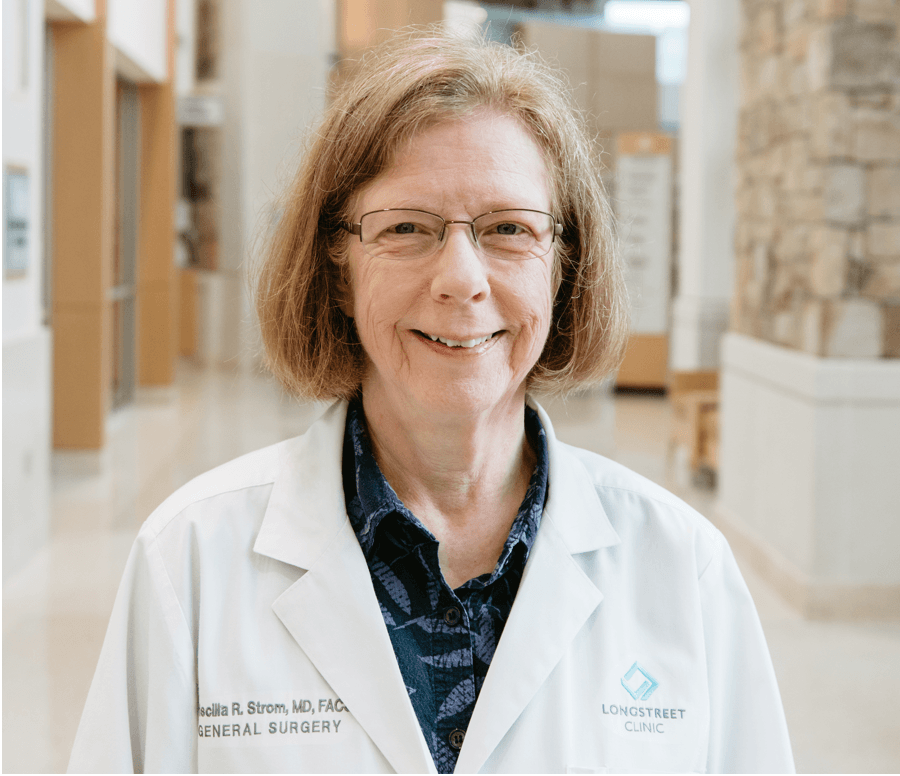 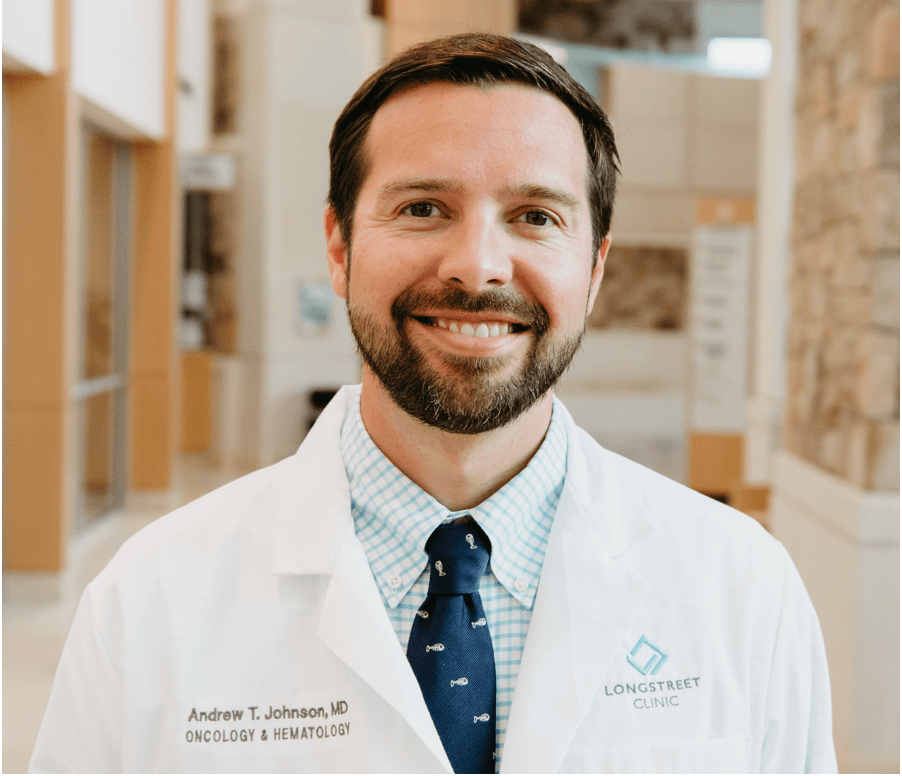 Dr. Johnson
“I couldn’t imagine going through this experience without Dr. Strom and Dr. Johnson,” Curtis said, referring to Dr. Andrew Johnson, a medical oncologist with Longstreet Cancer Center. “Both doctors were phenomenal at explaining the diagnosis and treatment process while also making me feel like I was a friend, not just one of their patients.”

Cancer – what was once a word that seemed so unrelatable was now a word that Nicole was trying to comprehend. “Nothing can prepare you for someone sitting you down and telling you have cancer, but having compassionate and caring doctors, like I did, helps ease the overwhelming anxiety,” Curtis said.

“I couldn’t imagine going through this experience without Dr. Strom and Dr. Johnson,” Curtis said, referring to Dr. Andrew Johnson, a medical oncologist with Longstreet Clinic Cancer Center. “Both doctors were phenomenal at explaining the diagnosis and treatment process while also making me feel like I was a friend, not just one of their patients.”

Two weeks after her diagnosis, she began her road to victory, receiving monthly chemo treatments. Curtis says chemotherapy was the toughest mental and physical hurdle she had ever faced. Her support system, including her family, the entire Longstreet Clinic cancer team and Dr. Frank Lake with NGPG’s Radiation Oncology team played a key role in her ability to battle the disease.

She knew she had to fight for her family and try to live as much of a normal life as possible. But that didn’t mean her journey was easy. Nicole continued to work as an environmental services manager at Northeast Georgia Medical Center and she decided to go back to school.

She had hard days and experienced emotional ups and downs, but the support from her family helped her greet each day with determination and grit. Nicole shared that when she lost her hair and felt like she was being robbed of her femininity, her mom voluntarily shaved her own head in solidarity.

“The love I experienced from others during this journey brought joy to an otherwise horrific experience, and it is something I will never forget,” she recalled. “It’s too easy lose sight of what brings you joy in life. Cancer changed my life. The experience is now a constant reminder to find joy in every day.”

Enjoying life to its fullest is a now a daily focus for Nicole and her family. For Nicole victory is experiencing life with her kids and achieving her dreams of getting her real estate license and earning a degree in naturopathy.

Whereas she once described her life as lazy, she now makes sure each minute of her life is purposeful. She and her kids enjoy spending time outdoors and whether they plan a family picnic or a family hike, taking the time to do something together is non-negotiable.

“I had an incredible team supporting me on my journey to victory,” Curtis said. “I want them to be proud of how I am now living my life because they helped get me here.” 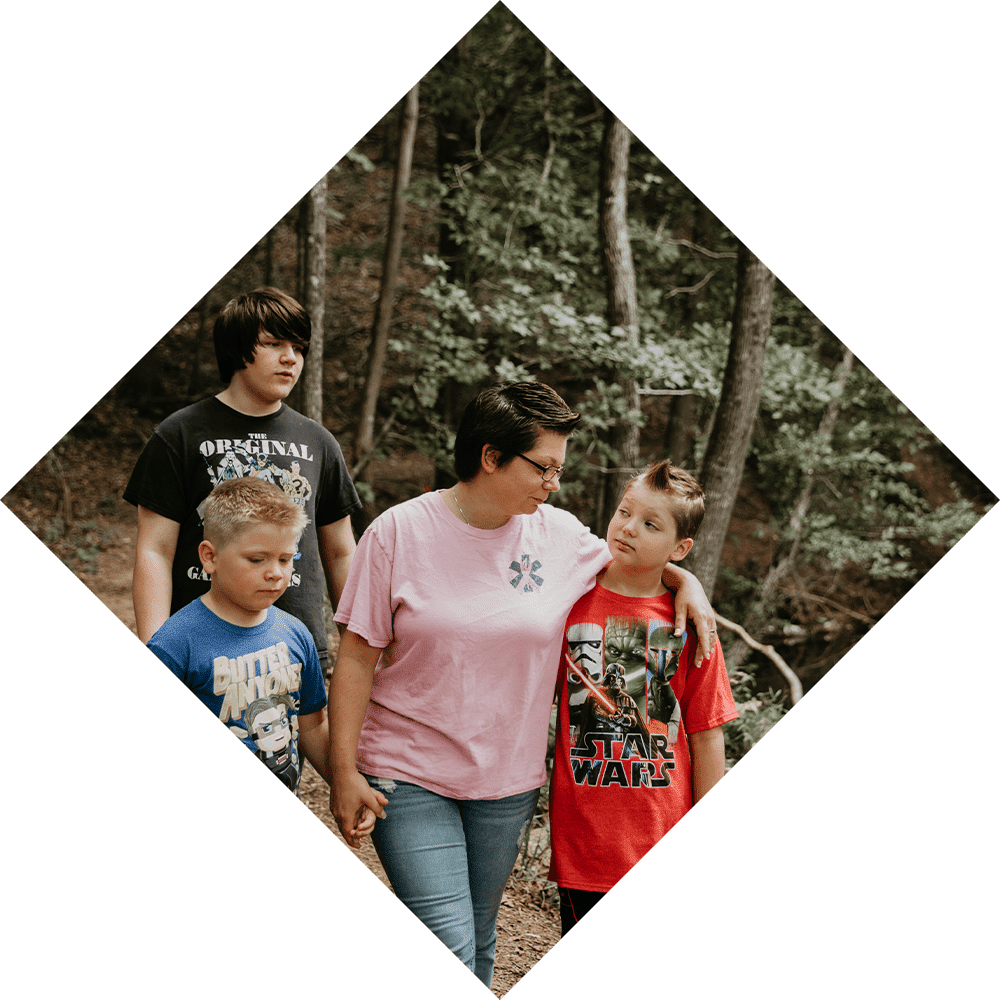