IMPROVE YOUR HEALTH THROUGH WEIGHT LOSS

After losing 154 pounds, Scott Ledford now bicycles over 5,000 miles a year, yet just two-and-a-half years ago, Scott weighed almost 350 pounds and struggled with both high blood pressure and sleep apnea. 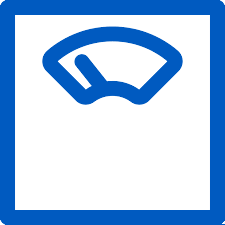 To learn all the benefits of weight loss surgery, visit LongstreetClinic.com.

No surgery is without risks. To learn all of the risks associated with weight loss surgery, click here.

Scott Ledford found a new lease on life thanks to gastric sleeve surgery at Longstreet Clinic.

At 48 years old, Scott Ledford is what you could call a physical freak of nature. He bicycles over 5,000 miles a year and displays the absurdly-low resting heart rate of 46 – about 30 beats per minute below the national average.

Undoubtedly, Scott is a dedicated athlete with the sort of fitness goals reserved for only a small percentage of the population.

Yet just two-and-a-half years ago, Scott weighed almost 350 pounds and struggled with both high blood pressure and sleep apnea.

Two things: After years of inner debate and extensive research Scott finally determined to make a change in his life, and he found Robert Richard, M.D., at Longstreet Clinic's Center for Weight Managment to help make that change happen.

A SEARCH FOR SOLUTIONS

"As far back as I can remember I had been overweight," Scott said. "I remember

on my skin. I had basically been trying for 20 years to do something about my

At one point, Scott even dropped 70 pounds – only to watch as he regained

every ounce of it.

"I just got sick of dealing with all my health issues, and I realized I had to do

something drastic – not only for my health but for my family," Scott said.

Scott cast a wide net in search of answers, scouring web databases and

talking with acquaintances. And it was those discussions that supplied him with life-changing advice.

“I have two friends who are actually patients of Dr. Richard’s and spoke very highly of him,” Scott said. “So, I decided I would go meet with him and see what I could find out. In that first meeting he made me feel comfortable and answered all the questions I had. Really, Dr. Richard and the staff at Longstreet made it a breeze for me. Whenever I have a question, they are there for me.”

IN FOR THE LONG HAUL

An esteemed veteran of bariatric surgery, Dr. Richard leads Longstreet Clinic’s Center for Weight Management, a practice that makes the health of its patients a lifetime priority.

“With most surgeons, they do the operation, fix the patient and send them back to a general medicine doctor,” Dr. Richard said. “In bariatrics you are managing a chronic disease, and you have to work with patients long-term. Genes play a huge role in the equation. Certainly, environment and lifestyle play a role as well, but genes are key to how our bodies work.”

Long-term success also requires dissection of a patient’s family tree, lifestyle and habits in order to determine the optimum course of action.

For Scott that meant a gastric sleeve procedure – an operation where a significant portion of the patient’s stomach is removed in order to kickstart a drive to better health.

“One of the tenets of what we do is to try and make the least alteration of the anatomy to produce the best results,” said Dr. Richard, who performed Scott’s procedure at Gwinnett Medical Center in 2016. “The sleeve is the least aggressive option of the many we have at our disposal. And we thought it was ideal for Scott. Essentially, we take a stomach, which is about the size of an American football and shrink it to the size of a medium banana.”

The procedure was by no means a magic wand, however. And, from the start, Scott understood that his success required an active and determined participation on his part.

"I went ahead and stopped eating sugars and breads when I filled out the paperwork for my surgery, six weeks ahead of time," Scott said. "It is an adjustment, but when you make that decision to do something like this you have to go all the way with the commitment. And I was trying to follow the manual. I know a person who had the same surgery at the same time and has not put the same effort into it. She's not done as well."

Scott, meanwhile, stuck to the task so well that he could be his own success manual at this point.

"For the first time in my life I'm considered an athlete!" chuckled Scott, who has lost 154 pounds since his operation, took part in the Bike Ride Across Georgia (BRAG) and competed in numerous races, including three duathlons. "I'm doing things right now that I would never had thought possible in a thousand years. I picked up this habit of riding bicycles. On weekend rides I'll leave my house in Clermont and be gone for four-five hours straight. I hope to get in at least 6,000 miles this year."

Scott no longer requires blood pressure medication or the aid of a CPAP mask in order to sleep properly, and he actually weighs less now than he did in high school. Yet for all the gains, Scott knows he must stay on the path he began with Dr. Richard months ago.

"It's been an interesting, exciting journey, but you have to put your whole effort into it," Scott said. "Even though I have had to modify my diet because of all the exercise I do, I still eat off a saucer-sized plate. I have to keep taking my vitamins, and I have to work to make sure I get enough water.

"But it's a life-changing decision I'm definitely glad I made."

As an active trauma surgeon for the US Army, Dr. Richard deployed to the Afghan theater of war shortly after 9/11. He was recalled in 2004, two years after leaving the Army, to serve in Iraq as a Senior Trauma surgeon in Saddam Hussein's hometown.

After leaving the Army in 2002, Dr. Richard joined Obesity Solutions in Gainesville, GA. He joined Longstreet Clinic in 2010 when his practice merged with Longstreet.