DAHLONEGA – Keaten Odom can remember a time when the mere thought of hitting the gym exhausted her.

Now she practically lives in the gym – when she’s not at work teaching, coaching, or planning out the next step of her young life, which has done a complete 180 since she made the decision to pursue bariatric surgery with the Longstreet Clinic’s Center for Weight Management.

“I’m 10 times more active now than before. Before there was no way I could go into student teaching, then go work out, and then go do more work. I would have had to go home and take a nap in between or take a breather,” said Keaten, who just over a year ago was obese and absolutely sick of the limitations that reality put on her life.

“I was on insulin – my pancreas basically had stopped working – and I had Hashimoto’s thyroiditis. I was taking 40-something pills a day, and I was only 22. I just thought, ‘I’m not doing this anymore.’”

So it was with that Keaten, a teacher and volleyball coach at Gainesville Middle School, turned her thoughts toward bariatric surgery to address an issue that she had battled as long as she could remember.

“I’ve been overweight my whole life, and there’s no underlying reason for it other than I just loved food,” Keaten said. “I have a picture-perfect family and no pre-existing conditions that made the weight gain happen; I just loved to eat, and it got worse in college.”

In a series of appointments, Keaten, who lives in Dahlonega, sat down with Longstreet Clinic Center for Weight Management surgeon Dr. Robert Richard and went over her options, as Dr. Richard assessed the optimum path for Keaten’s weight loss goal.

“This process is not something to be entered into lightly,” Dr. Richard said. “There are so many routes to lasting and meaningful weight loss, including bariatric surgery. And even if we decide that surgery is a good option, we want patients to understand that lifestyle change is a big part of weight management long term.”

After years of awkwardness and discomfort, it was a realization and commitment that Keaten was ready for. She considered all the information that Dr. Richard provided, including the fact that, post-surgery, Keaten would have to rely on vitamins, water and protein shakes for much of her nutrition – something that will continue for the rest of her life.

“I decided that I’m doing this for me, not anybody else,” Keaten said. “This is a time for me not to be embarrassed. I felt trapped by the weight. And I thought about so many things, for instance, I’ve never been able to do a cartwheel. I know that sounds kind of lame, but even when I was a kid, my gymnastics friends would be doing them, and I didn’t want to try – and when I did my shirt would come up and show my stomach. It was embarrassing.”

“I really like this operation for younger patients because it is a versatile option,” Dr. Richard said. “Keaten has a lot of life to live and doing the simplest operation to get effective weight loss is a good option for a young patient.”

Also called a surgical sleeve gastrectomy, during the procedure Dr. Richard makes several small incisions so that he may remove 85 percent of the patient’s stomach. The operation changes the way a body digests and processes food and thus changes the metabolism of the body. The result is that patients generally lose two-thirds of their excess weight within a year. Generally well tolerated, many gastric sleeve patients are up and walking the same day of the procedure.

In Keaten’s case that almost meant straight out of the hospital and into the gym.

“In fact, I was out of the hospital early and two days afterwards I was already on the treadmill,” Keaten said. “It was amazing.”

Combining the operation with her new regimen and determination meant that the weight began to fall off Keaten, who was 110 pounds lighter just six months after surgery and 130 pounds lighter after a full year. 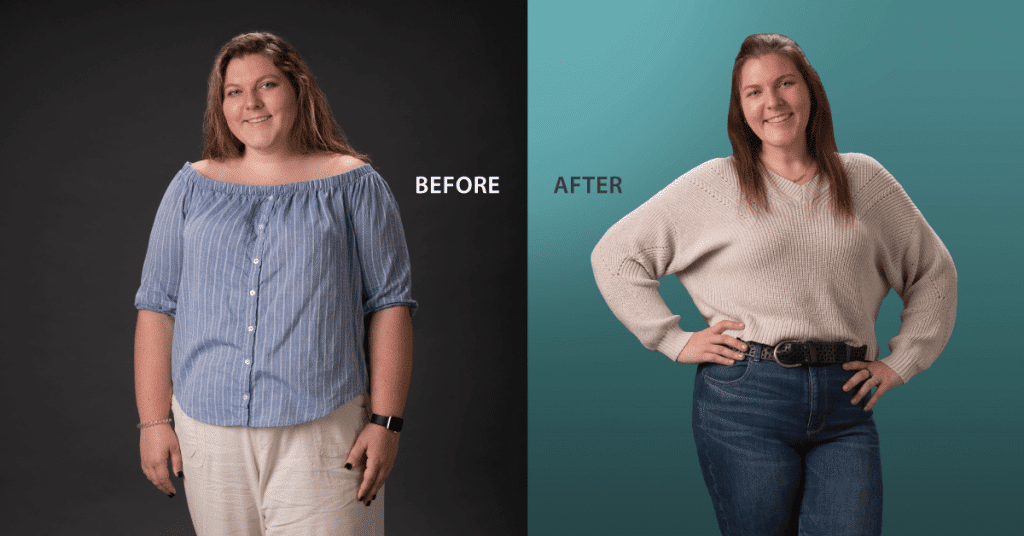 “I did not think I was going to lose this much, but you get motivated by seeing the numbers go down on the scale and seeing the inches go down on your clothes,” Keaten said.

So much of that improvement is down to her lifestyle changes. And while the transformation is breathtaking, Keaten admits that it has not always been simple – especially at first.

“It’s not easy to make the choice to have weight loss surgery, and sometimes to complete the actions is an uphill battle – but once you get to the top it’s amazing,” Keaten said. “And it’s been an amazing process to be a part of. It has changed my viewpoints on a lot of things in how I act and just in general.

“Surgery is not a fix-all; it’s a starting point. It definitely helps but everything else is on you.”

“We want patients to understand that lifestyle change is a big part of weight management long-term,” Dr. Richard said. “I think Keaten gets that; she understands this is not a quick fix. This is a long road to change, but it is very worthwhile.”

It’s certainly been worth it for Keaten.

“Surgery changed my life in so many ways. I thought it would be just physical, but mentally, emotionally and physically, it’s affected all aspects of it,” said the woman who is now sizing up road races and working toward doing that cartwheel. “I love exercising now and planning out my meals. It’s just a whole different life.

“Everything I ever wanted is happening.” 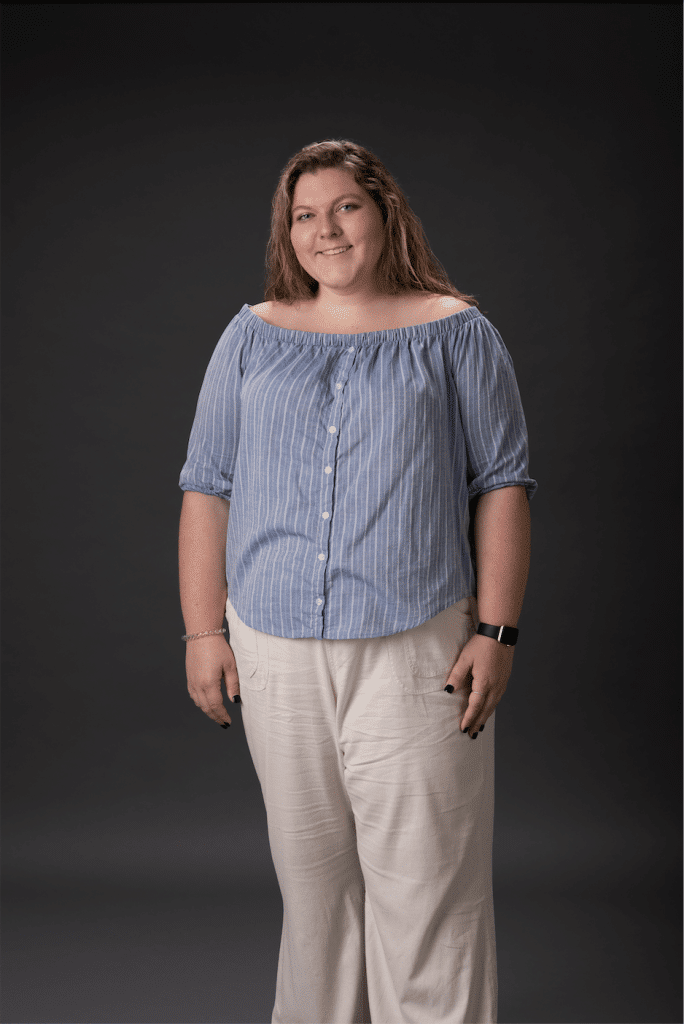 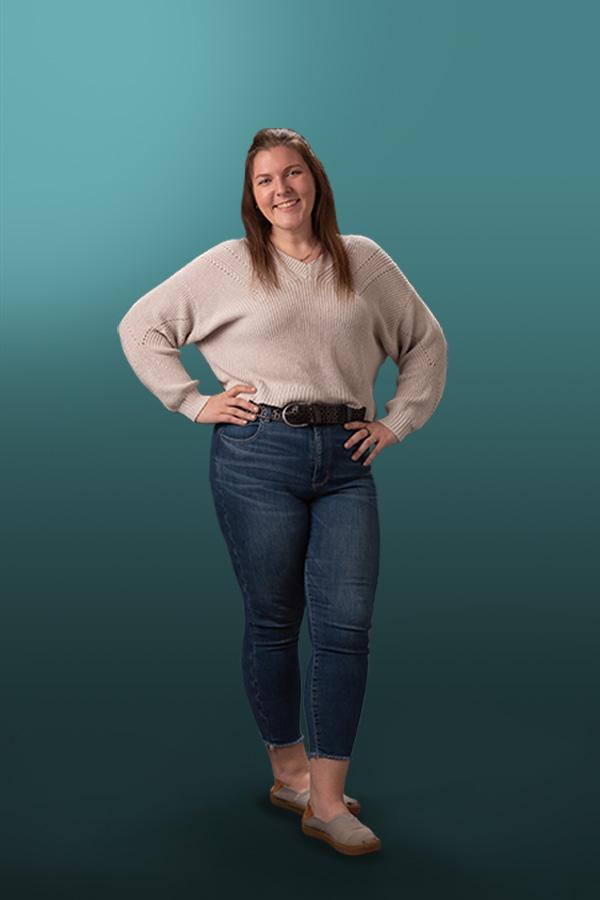 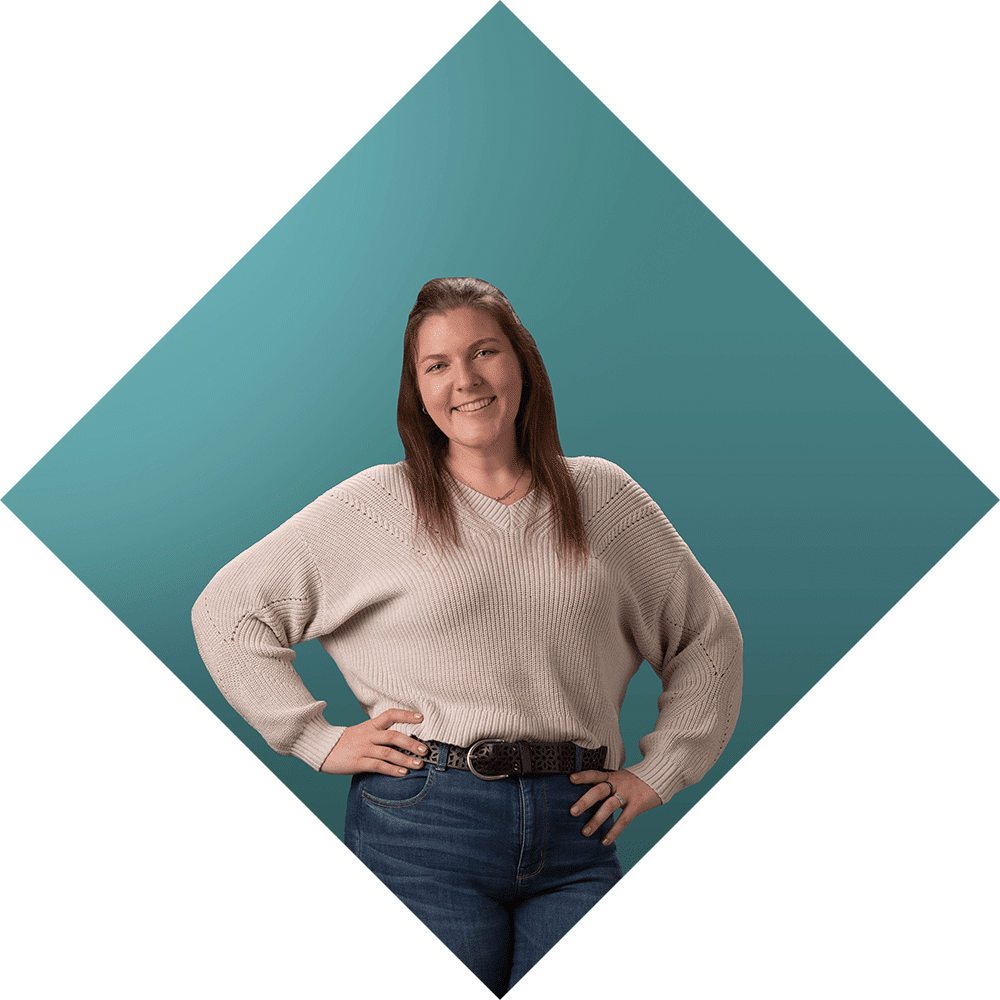