At 380 pounds, Jeff Russo long stopped dreaming of walking the famed Camino de Santiago path in Spain because of his weight – but not anymore. Follow his weight loss journey from beginning to end and see how losing more than 170 pounds through bariatric surgery has given him the freedom to dream big again. 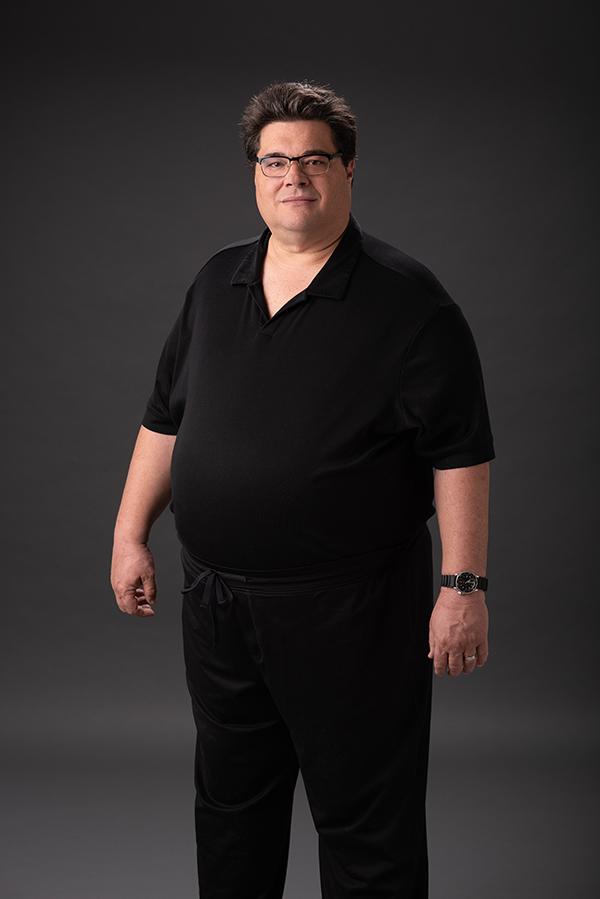 For years, Jeff Russo dreamed of trekking the famed Camino de Santiago and following in the footsteps of ancient and modern pilgrims alike to bask in the warmth of Spanish sunshine, culture and history.

Russo also knew that – before he set one foot on the Camino’s long and winding path – he would have to undergo a much more arduous and important pilgrimage here in northeast Georgia.

“I had been overweight my entire life, and it was getting to the point where everyday life decisions were getting more and more difficult,” said Russo, whose 380-pound-frame was also causing myriad health concerns. “I’d already had a hip replacement, and my knees felt like they were about to give out.

“It was also to the point where I was worried about going anywhere, because I wasn’t sure if they’d even have a chair big enough – and strong enough – to support me. I’d done things to battle my weight before and had some short-term success, but the weight would always come back and then some. And I looked at my future realistically and realized, that I might not even be able to play with my grandkids with the way things were going.”

With health fears and thoughts of his future swirling in his mind, Russo decided to visit Longstreet Clinic’s Center for Weight Management in order to explore any and all options for sustained weight loss success.

“By that point, I already had an idea that I would probably need surgery to make the kind of changes I wanted, and what I learned there only enforced my thoughts,” Russo said. “In fact, after meeting with so many wonderful people there, I felt like my life depended on getting not just surgery, but actually two surgeries.”

In consulting with the professionals at the Center for Weight Management, Russo asked surgeon Robert Richard, M.D., about the possibilities of undergoing both a gastric sleeve and a duodenal bypass (also called a duodenal switch).

“Part of the procedure of choosing any bariatric surgery is that you attend group therapy sessions leading up to and after the surgery,” Russo said. “And it was in one of those sessions that someone brought up the possibility of doing two types of surgery in order to produce the best chances of long-term success. I did some research and on my own and then asked Dr. Richard about it, and he felt it was a good idea for me.”

Therefore, Russo underwent two procedures at once. The gastric sleeve removed 85 percent of the Russo’s stomach in order to change the way the body digests and processes food. The duodenal switch, meanwhile, rerouted where the food digested by his smaller stomach entered his intestine for digestion.

Together, the bariatric procedures mean that Russo’s body can only handle much smaller food portions. And what he does eat is digested in a manner that means that 70 percent of that food is not absorbed as calories. Of course, that also means that the nutrients in Russo’s food is not absorbed at a normal rate either – which in turn means that he requires a steady diet of vitamin supplements for the rest of his life. He also must make smart choices in what he does eat and that includes avoiding things such as pizza, coffee, sodas and sweets – all things that Russo used to enjoy regularly.

“It’s a mind game, and you constantly have to remind yourself of that,” he said. “It’s not always easy – but I don’t look at any of this as a negative. I look at it this way: What would you give up in order to lose weight? And for me, the answers are simple. Would I give up coffee to lose weight and keep it off? Absolutely.”

IMPRESSIVE RESULTS – AND A BIG GOAL 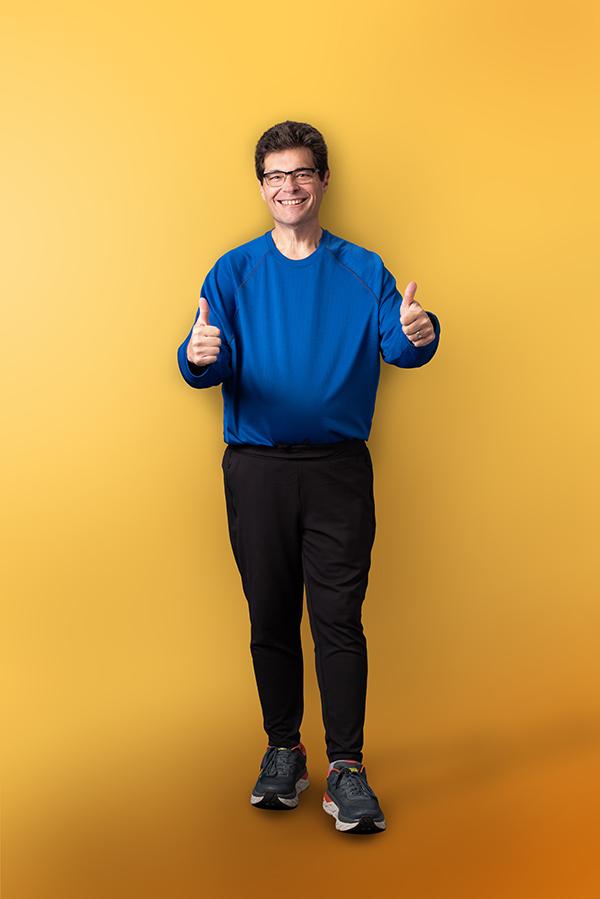 Any time Russo does find himself craving something like a steak – which he no longer eats, instead preferring fish as his main protein – he only need look in the mirror for confirmation that he’s doing the right thing.

“I had my surgery in October of 2019. At that point I weighed 380 pounds; now I weigh 210 pounds,” said the 60-year-old Russo. “I went from a size 54 – where I couldn’t buy clothes at a normal store – to now a size 34, and I can buy clothes in any store in America. But the best is just setting little goals and accomplishing them – because you have to make yourself happy. You do something like this for yourself. If you do it for someone else, you’re not going to be successful.”

Russo is also off the cholesterol medicine he once needed, and he believes he may be six months away from coming off his blood pressure medication. His knees no longer hurt when he walks, and he’s even starting to work up a weightlifting routine.

He and his wife, Daryl, also spend hours of time in their garden, cultivating and harvesting their own food from raised beds that they constructed. And, even more important, he no longer has to worry about what it may take out of him to play with his four grandkids – or his wife’s six grandchildren.

“Before the surgery, there’s no way I would have been able to do any of that,” Russo said. “It’s been a life-altering change. I’ve accomplished something that, in the back of my mind, I once thought was impossible.”

And he still has many goals left to accomplish, as his exercise routine reveals.

No surgery is without risks. To learn of all the potential risks with weight loss surgery, click here. 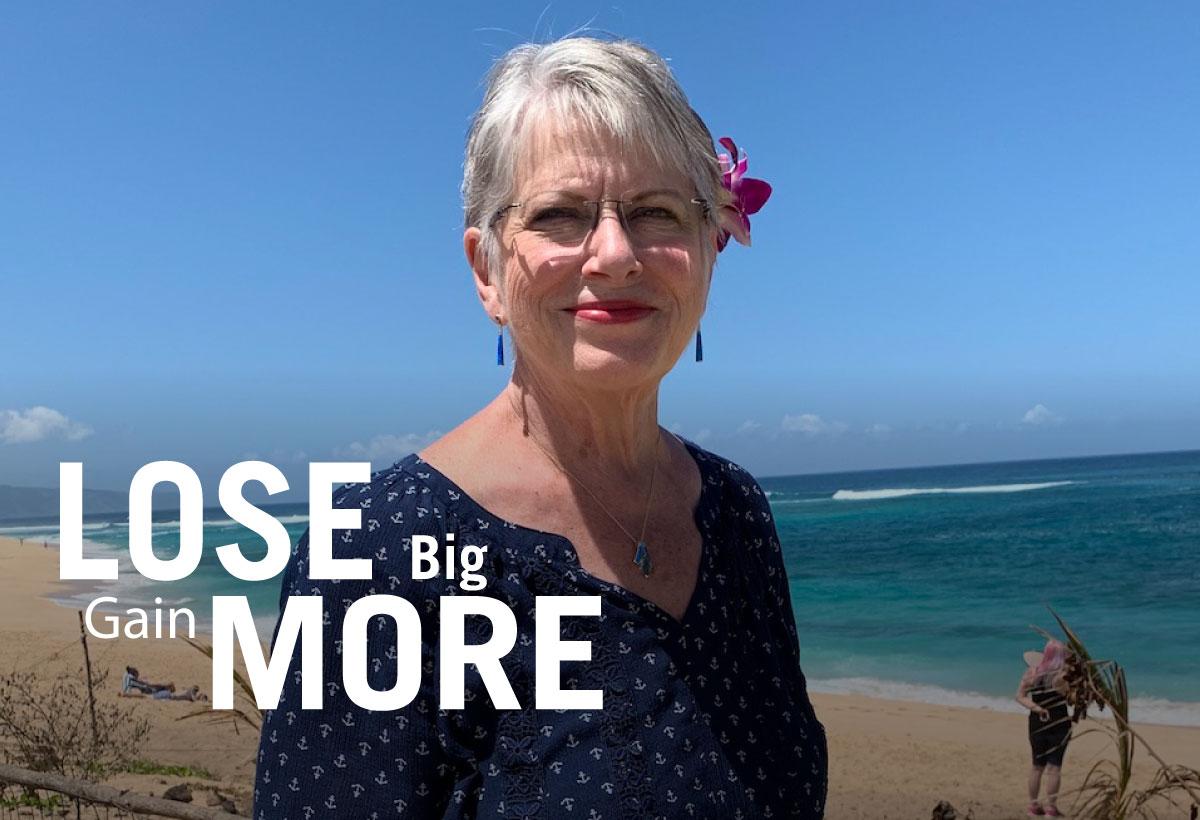 The decision to have weight loss surgery is more than just a quick fix – it’s a lifelong journey. But for many who make the decision to change their lives, the long-term effects mean more than just a smaller number on the scale. We invite you to explore just a few of the many tremendous stories we witness each day.

Our specialized bariatric care team is here to answer your questions and help you achieve your weight loss goals.

Longstreet Clinic Center for Weight Management has three convenient locations across Northeast Georgia plus telehealth options making appointments available across the US.